If the first Bike Shed Motorcycle event in London's Shoreditch district was anything to go by It won't be the last.

With a strong vibe that it was done more for love than money, BSMC gathered the cream of British custom-built bikes together under one brick-arched roof for a celebration of the best in custom cafe racers, brat style rides and scrambler-style scoots.

A chance to catch up with and chase Tim, Kev & Martin from the Spirit of the Seventies over the RD4 build, we were so caught up in the good stuff (including plenty of beers) that we barely made it out in time to grab some good Belgian grub and Trappist ales in not too distant Belgo Centraal in Covent Garden. 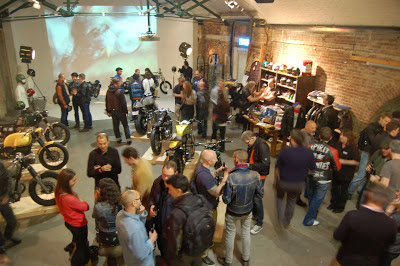 God I loved this Beeza. With the patina of a Georgian sideboard, and the heart of a 1950s racer.  And as for that paint-job? Words defy me. 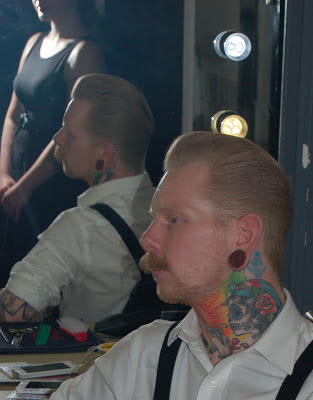 Distinguished gentlemen could get a haircut, moustache wax or even a new tat on site. 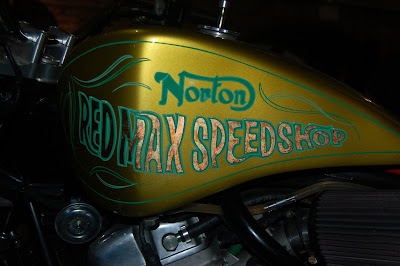 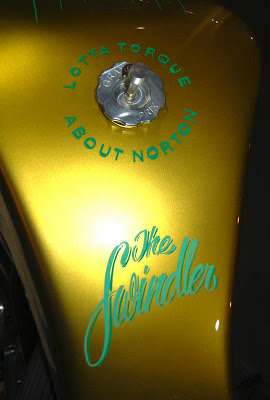 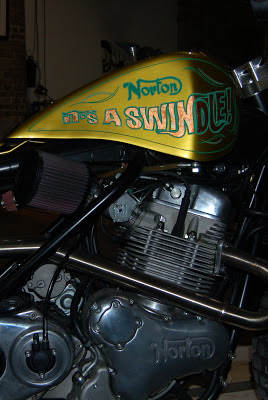 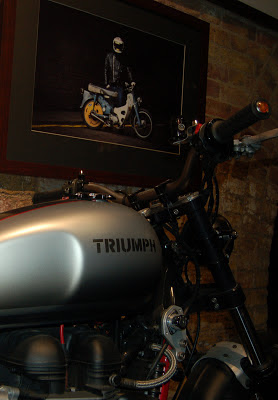 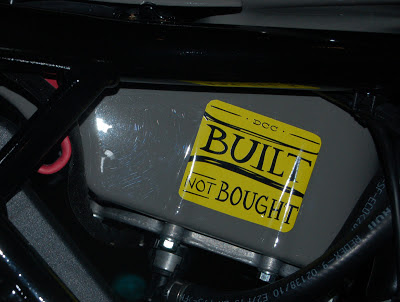 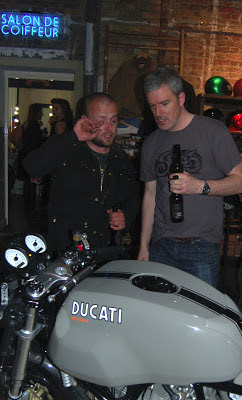 Andy rode his Ducati custom build from Belgium so the bleary eyes are mark of honour. Here discussing how the tank on his Sports Classic-based bike is not what it appears, but a cut and shut item off a Paul Smart special with Kev of Spirit of the 70s.  Another one of my all-time favourite 'amateur' builds you can get a better idea of it here 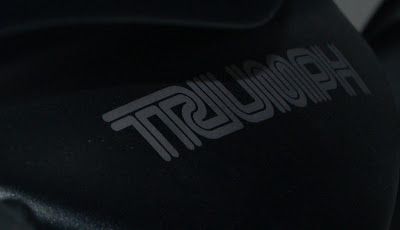 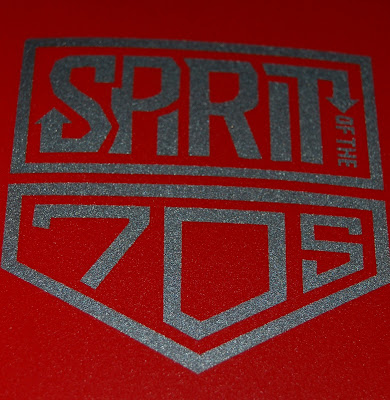 In an un-guarded moment Kev of  admitted that the RD4 Spirit of the Seventies build was going to put the cat among the four-stroke pigeons. 'There is some snobbery about two strokes'. Great, bring it on. Let's start the fight against stroker-ism) Fight for the right to smoke!

Great event, great atmosphere, great folks.  I'm sure there will be a time when a few old lags remember when it all started with a few friends, a few bikes and a few beers in Shoreditch. 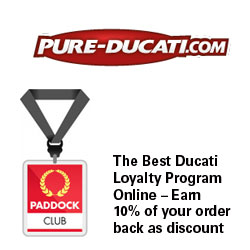 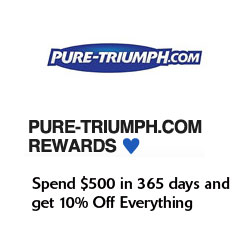